“I insist that the Hebrews have done more to civilize men that any other nation (…) They are the most glorious
nation that ever inhabited this Earth. The Romans and their empire were but a bubble in comparison to the Jews.
They have given religion to three-quarters of the globe and have influenced the affairs of mankind more and more
happily than any other nation, ancient or modern. (…) Farther I could find it in my heart to wish that you [Mordecai Manuel Noah] had been at the head of a hundred thousand Israelites… and marching with them into Judea and
making a conquest of that country and restoring your nation to the dominion of it. For I really wish the Jews again
in Judea an independent nation.”
– John Adams, 2nd American President. 1735 – 1826 AD

“What it did 5000 years ago, the Jewish people is still doing. Up to 17 times it has
witnessed the destruction of Jerusalem but nothing can keep it from facing toward
Zion. (…) These legitimate masters of Judea are being seen as slaves and strangers
in their own country. (…) The Persians, Greeks and Romans disappeared off the
surface of the earth and a tiny people that preceded these great civilizations still
exists, without mixture, in the ruins of its fatherland.”
– François-René de Chateaubriand, French writer, politician and historian. 1768 – 1848 AD

“Arise then, with gladness, ye exiled! A war unexampled in the annals of history, waged
in self-defense by a nation whose hereditary lands were regarded by its enemies as
plunder to be divided, arbitrarily and at their convenience, by a stroke of the pen of
Cabinets, avenges its own shame and the shame of the remotest nations, long forgotten
under the yoke of slavery, and also, the almost two-thousand-year-old ignominy put upon
you; and, while time and circumstances would seem to be least favourable to a restatement
of your claims or even to their expression, and indeed to be compelling their complete
abandonment, it offers to you at this very time, and contrary to all expectations, Israel’s
patrimony! The young army with which Providence has sent me hither, led by justice and
accompanied by victory, has made Jerusalem my head-quarters and will, within a few days,
transfer them to Damascus, a proximity which is no longer terrifying to David’s city. Rightful
heirs of Palestine!”
– Napoleon Bonaparte, 1st French Emperor. 1769 – 1821 AD

“I should be truly rejoiced to see in Palestine a strong guard of Jews established in flourishing
agricultural settlements and ready to hold their own upon the mountains of Israel against all
aggressors. I can wish for nothing more glorious in this life than to have my share in helping
them do so.”
– George Gawler, English Lieutenant-Colonel and 2nd governor of South Australia. 1795 – 1869 AD

“I see now that the Greeks were merely handsome striplings. The Jews,
however, have always been men, strenuous and full of power, not only
at that time, but even at the present day, in spite of eighteen hundred
years of persecution and misery. (…) If every kind of pride of birth were
not a foolish contradiction in a champion of revolution and its democratic
principles, the writer of these pages might be proud that his ancestors
belonged to the noble House of Israel, that he is a descendant of those
martyrs who have given to the world one God and a moral law, and have
fought and suffered in all the battle-fields of thought.”
– Heinrich Heine, German-Jewish philosopher. 1797 – 1856 AD

“In the infancy of civilization, when our island was as savage as New Guinea, when
letters and arts were still unknown to Athens, when scarcely a thatched roofed
hut stood on what was afterwards the site of Rome, this contemned people had
their fenced cities and cedar palaces, their splendid Temple, their fleets of
merchant ships, their schools of sacred learning, their great statesmen and
soldiers, their natural philosophers, their historians and their poets.”
– Thomas B. Macaulay, English historian and politician. 1800 – 1859 AD

“Greater Syria is a country without a nation in need of a nation without a country… is there such a thing?
To be sure there is: the ancient and rightful lords of the soil, the Jews! These vast and fertile regions will
soon be without a ruler, without a known and acknowledged power to claim dominion. The territory must
be assigned to some one or other… There is a country without a nation; and God now in his wisdom and
mercy, directs us to a nation without a country.”
– Anthony Ashley Cooper, 7th Earl of Shaftesbury, English politician and philanthropist. 1801 – 1885 AD 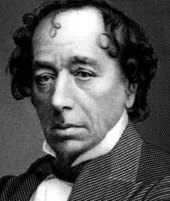 “Yes, I am a Jew, and when the ancestors of the Right Honourable
gentleman were brutal savages in an unknown island, mine were
priests in the temple of Solomon.”
– Benjamin Disraeli, 40th British Prime Minister. 1804 – 1881 AD

Visit the Shomron (the west bank) to see the facts on the ground for yourself. Heartland #Israelhttps://t.co/XM1qoHQBrJ pic.twitter.com/2zvO4YUIRV